A history of jewish mother 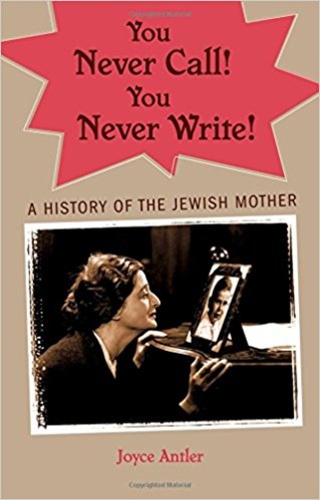 (A history of jewish mother)

Antler ​examines the cultural history and iconography of images of Jewish mothers through the twentieth century. The book begins with the Yiddish Mama of the early immigrant families, the popular radio and TV personality Molly Goldberg of the 30's and 40's, the evil and good mothers penned and films by their second-generation sons including Philip Roth, Arthur Miller, Woody Allen and Mel Brooks. Antler discusses how, in the prewar and immediate postwar period, psychoanalysis and pop culture reshaped the Jewish mother into a source of neurosis and manipulation; while in the 1960's, feminist daughters rebelled against, what Betty Friedan described as 'her mother and her discontent." This cultural history provides an engaging look at issues of gender, class, ethnicity and the role of the mother, anchoring Jewish assimilation in the American life while providing a foil for reliving the tensions that acculturation caused. The dominant images of the Jewish mother from each era change over time, as they align with new social relations. As Jews successfully acculturated to mainstream norms, joking about old ways, old values, and Old World characters like the outsized Jewish mother could help alleviate the tensions of modernization. Jewish mother routines have traveled from the „Borscht Belt” to the contemporary stand-up of Larry David, Judy Gold, and Sara Silverman. At the same time, new social conditions are altering the experience of real-life Jewish mothers, who are a much more diverse group in terms of their racial, religious, educational and marital backgrounds than their predecessors a generation ago. Antler ends with a look at contemporary „intensive mothering” and the convergence of the new parenting style with cultural ideas about Jewish motherhood.